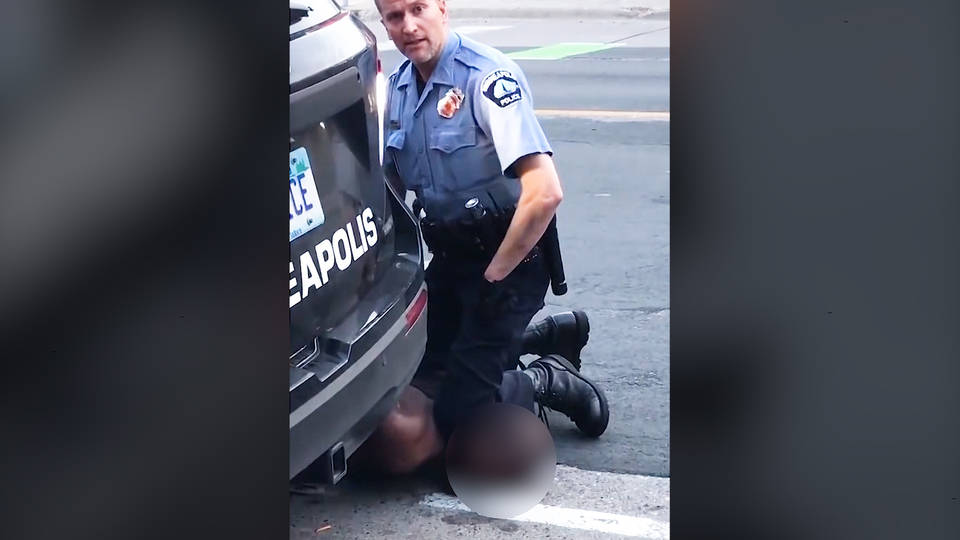 by L.W. Barker
I waited a few days to write this…
What Derek Chauvin did…having George Floyd lie face-down with his hands cuffed behind his back with Chauvin’s knee applying pressure on Floyd’s neck is beyond evil. And you can see it in his face…cold, and without compassion for a fellow human being.
So cause and effect…
Floyd being prone on his stomach, couldn’t fully breathe and was only able to draw enough breath to gasp or speak in spurts as his body lost oxygen and fell unconscious. And the placing of a knee on his neck made things worse as it caused fatal damage to that area.
Chauvin knew this, and even amid pleas from bystanders, (and his victim) to “stop”, he continued to apply pressure to the man’s neck for upwards of 9 minutes.
No police department condones such a maneuver which makes Chauvin’s use of it on a restrained George Floyd even more damning.
A bit of history…
While working with the USAF Security Forces, I learned to never keep restrained individuals in this type of prone position for long. So to ensure their safety, I would keep them in that position just long enough to apply restraint. I would then take them out of it by rolling them onto their side, sitting them up or having them stand.
The bottom line…
Derek Chauvin failed to uphold the sworn oath of his badge “to serve and protect”. And that, for a police officer, is a failure on all levels.
#RIPGeorgeFloyd #JusticeWillBeServed